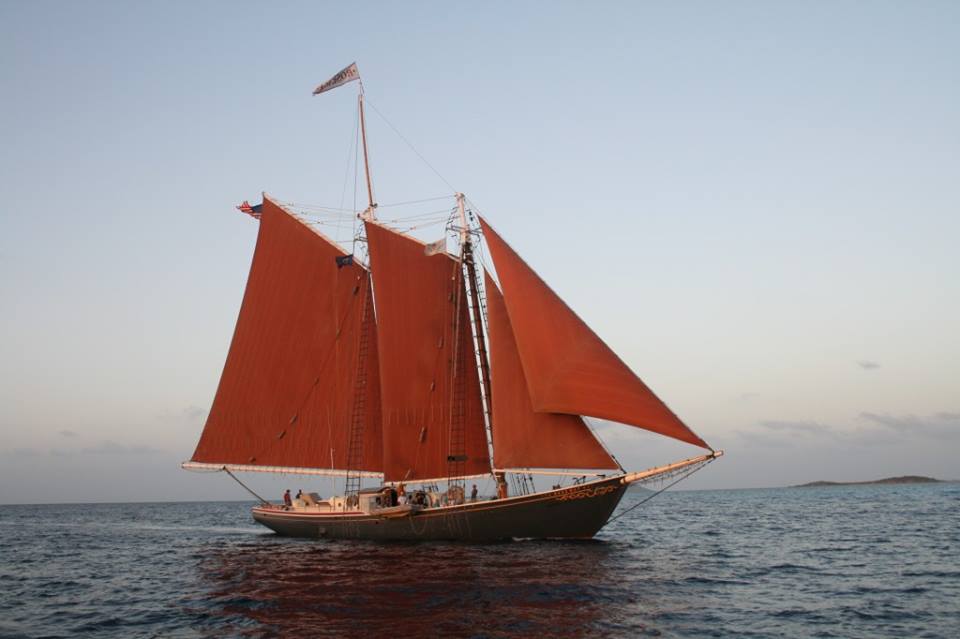 This is the World Ocean School’s 12th season and St. Croix has been their winter home since the start. At 92-years-old, Roseway is a registered U.S. National Historic Landmark. We talked with Eden Leonard, Excutive Director, about the School and their programming on St. Croix.

The crew of Roseway are people from all over who are interested in formal sail training, as well as being part of preserving the historic vessel and providing education to youth. Crew educators are AmeriCorps volunteers and have a 12-month commitment. They’ll be here through mid-March when they set off on their return voyage to Boston.

Each year the World Ocean School engages with students on St. Croix to expose them to maritime career options. Historically, they have worked with 5th and 6th graders. They planned to build on their programming every year, but Hurricane Maria put their plans into overdrive. Leonard and crew recognized the challenges schools on island have with a shortened school day and decided to implement programming for junior high and high school students as well.

Working with schools that were the most impacted by the storm, hundreds of students are given the opportunity to go aboard Roseway. Elementary school students are given the chance to see their island home from a different perspective during half-day excursions. Jr. High students engage in a 6-week program to learn sail handling, seamanship, and academic lessons through activities like tying knots, navigating, climbing the rigging and raising the sails. High School students have an opportunity to become Junior Crew Members, earning Sea Time and taking part in maintaining Roseway.

Once-in-a-lifetime opportunities also exist to take part in the voyage from St. Croix to Savannah and Savannah to Boston.