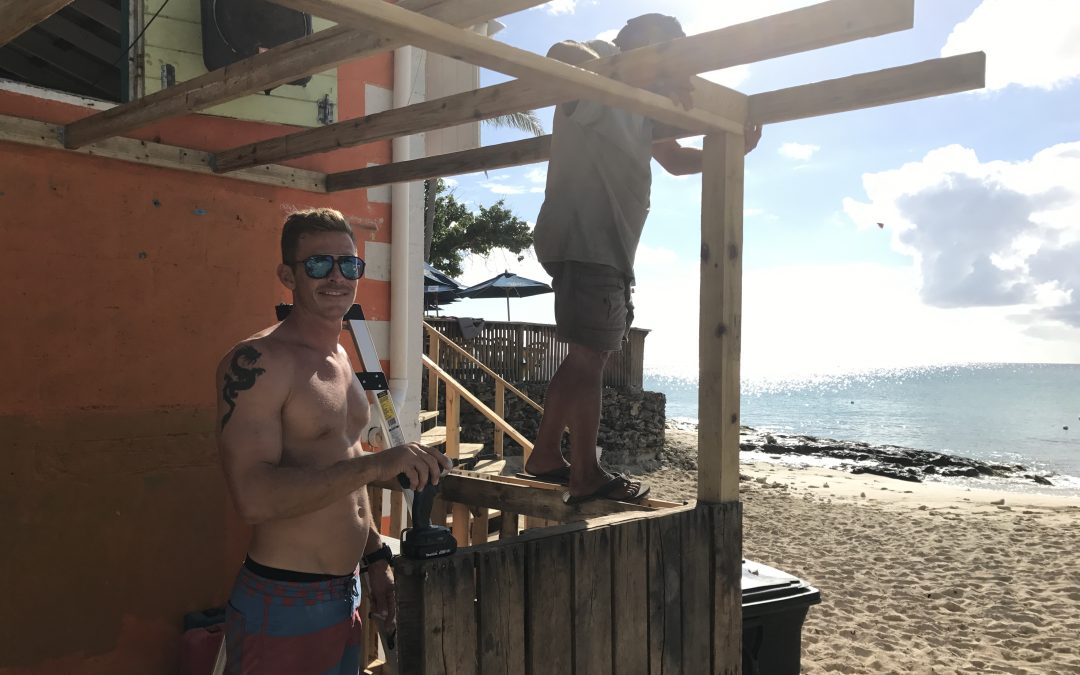 Brian was working on a new storage shack for West End Water Sports when we visited Rainbow Beach last week. As of December 20, they had been re-opened for three weeks, ready to outfit you for everything from a lazy day under an umbrella to an adrenaline rush on the flyboard. Brian’s favorite offering at West End Water Sports is the Jet Ski Tour, an excursion to Sandy Point and Ham’s Bluff for some wave jumping. 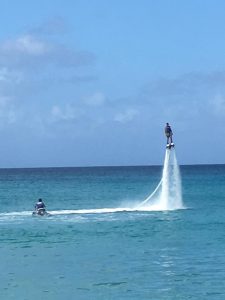 Hurricane season definitely presented West End Water Sports with their share of challenges. After Hurricane Irma they were able to open for one day before they realized they needed to pack up all of their equipment again for Hurricane Maria. Thankfully, their building and shipping containers, holding all of their jet skis, paddle boards, kayaks and other equipment, were in good shape after Maria. They did have to build new stairs in order to access their building. The new shack will replace the canopy that previously covered their life jackets and umbrellas.

When asked if he thinks St. Croix is ready for visitors, Brian says, “Absolutely! It’s still the same island, just with a little extra debris — and it’s getting better every day.”

He did express feeling a little disappointed with the cruise ship traffic. The season started with 22 scheduled ships, jumped to 90+ after Irma, and then back down to 20 after Maria. “We need the bigger ships. If we could just have one to their [St. Thomas] five every day, it would make a huge difference.”