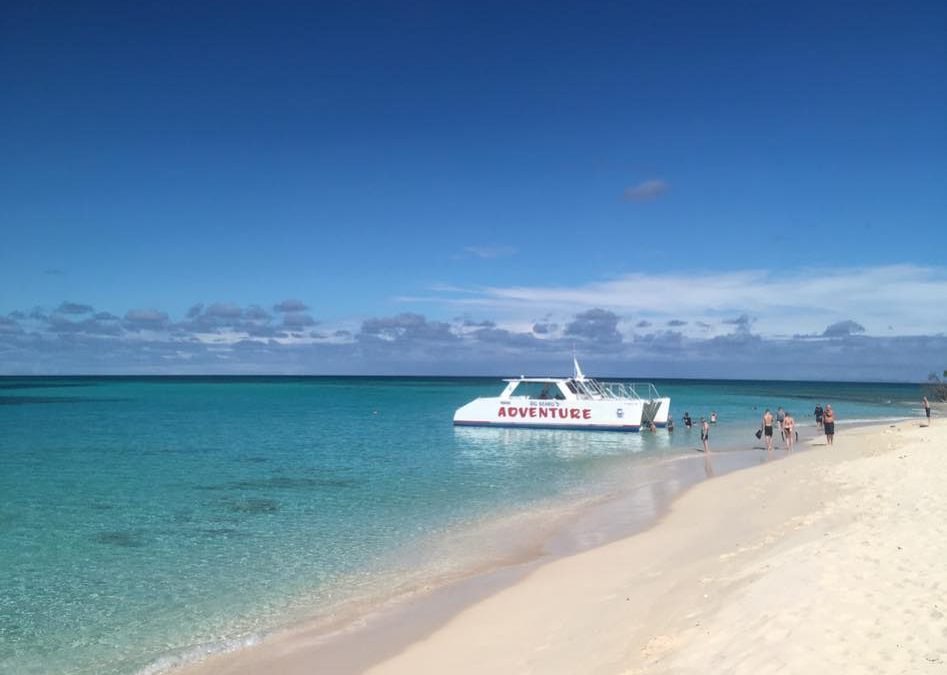 Captain Steve reported that though a couple of people from the Big Beard’s staff lost parts of their roofs and have had to get rid of their soggy belongings, the crew is all safe.

If you’ve ever been out with Big Beard’s or watched the Christiansted Harbor Cam, you are familiar with the Adventure and Renegade. The Adventure sustained some minor damage with two windows and one door blown away. “There was a little water in the boat, but it was floating happily when we finally got out to it.”

Sadly, Renegade was struck by a couple of boats that broke loose in Salt River, causing damage to the front and sides. Thankfully, the mast stayed up and it is still floating, so Gold Coast Yachts will be able to work their magic. The necessary repairs should be complete and Big Beard’s will have the boat back in a couple of weeks.

They are offering beach-only trips to Buck Island now. The channel markers to get to the reef are out of place, so boats are not allowed on the east side of Buck Island. Captain Steve says:

“The beach sand has moved quite a bit, as you would imagine, but it is still beautiful. A great deal of sand has moved around to the north and south sides of the island. We are ready for some adventurous tourists now!